No matter how much I want it be summer for many more weeks, I just can't ignore the signs that it is late August and the season is starting to change around Lake Wicwas.  Some of the weak and wet-footed trees are already showing signs of fall, and the occasional colored leaf has parted from its tree and found its way onto the ground.  The Black Gum trees have quite a few bright red leaves on them as do some of the blueberry bushes along the shore.


Another indication is the heavy load of pine cones, hanging off the upper branches of the White Pines like bananas.

Take a look with a pair of binoculars up at the top of almost any tall, mature pine and you will probably see their fruit.  The Red Squirrels are already chattering at me as I walk near their personal trees loaded with their precious winter food supply.

On a morning kayak I saw three of our large birds:  the Great Blue Heron, the Osprey, and the Loons.  One of these birds, or perhaps a duck or a goose, had been preening itself as there were a few dozen fresh white feathers drifting in the morning sun on the surface of the lake. 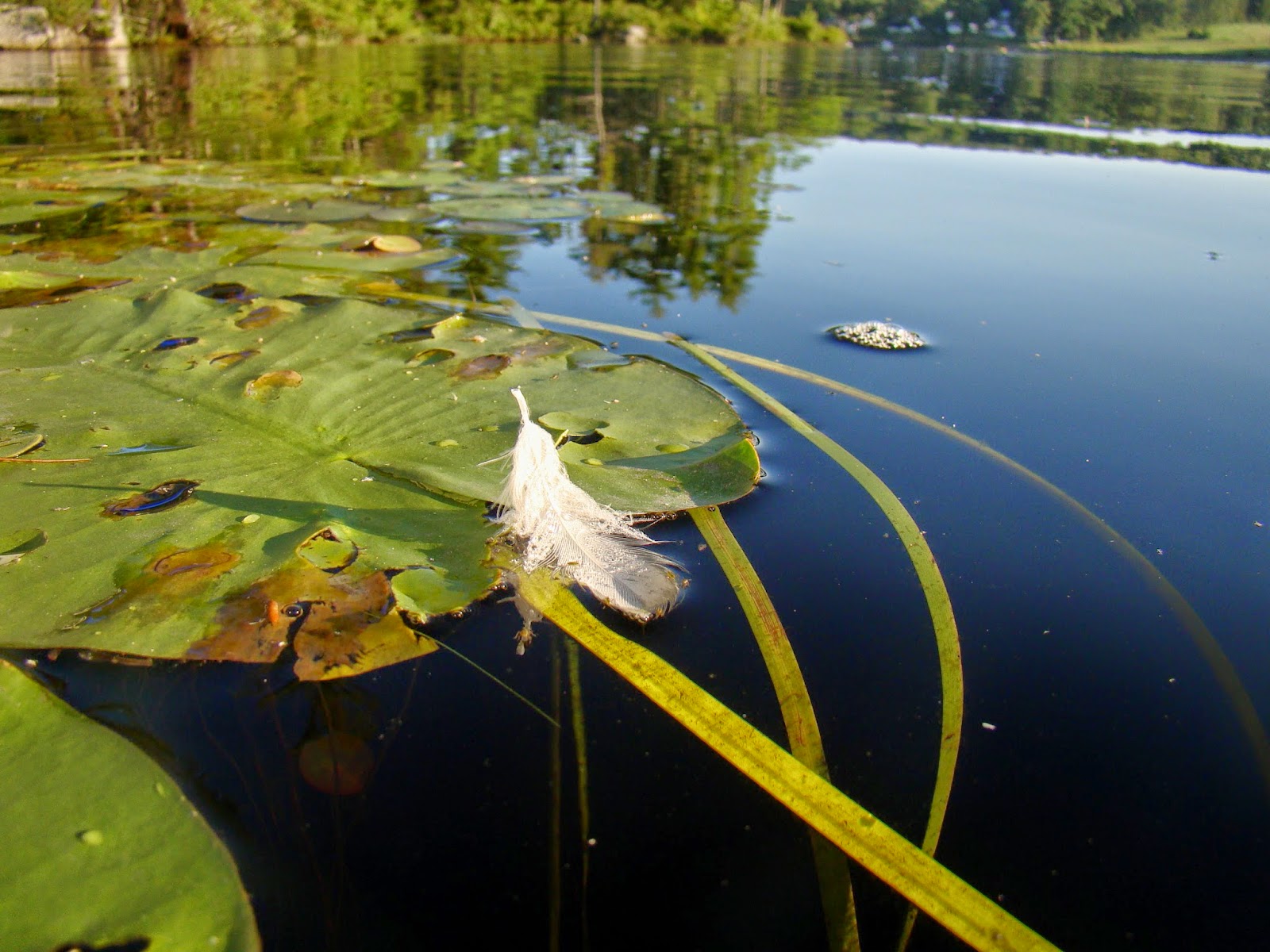 The osprey have been a more frequent visitor the past couple of weeks.  This evening we noticed there were a lot of fish rising to take insects from the surface of the lake, as it was very calm and smooth.  Soon we saw an osprey fly over and take multiple passes over the water, diving in several times, at least once coming out with a fish.  As the bird flew up out of the lake there was a flood of water running off it, leaving a trail on the lake surface as it flew away.  I took these pictures this morning as an Osprey sat in a pine tree waiting for an unsuspecting fish to swim under it. 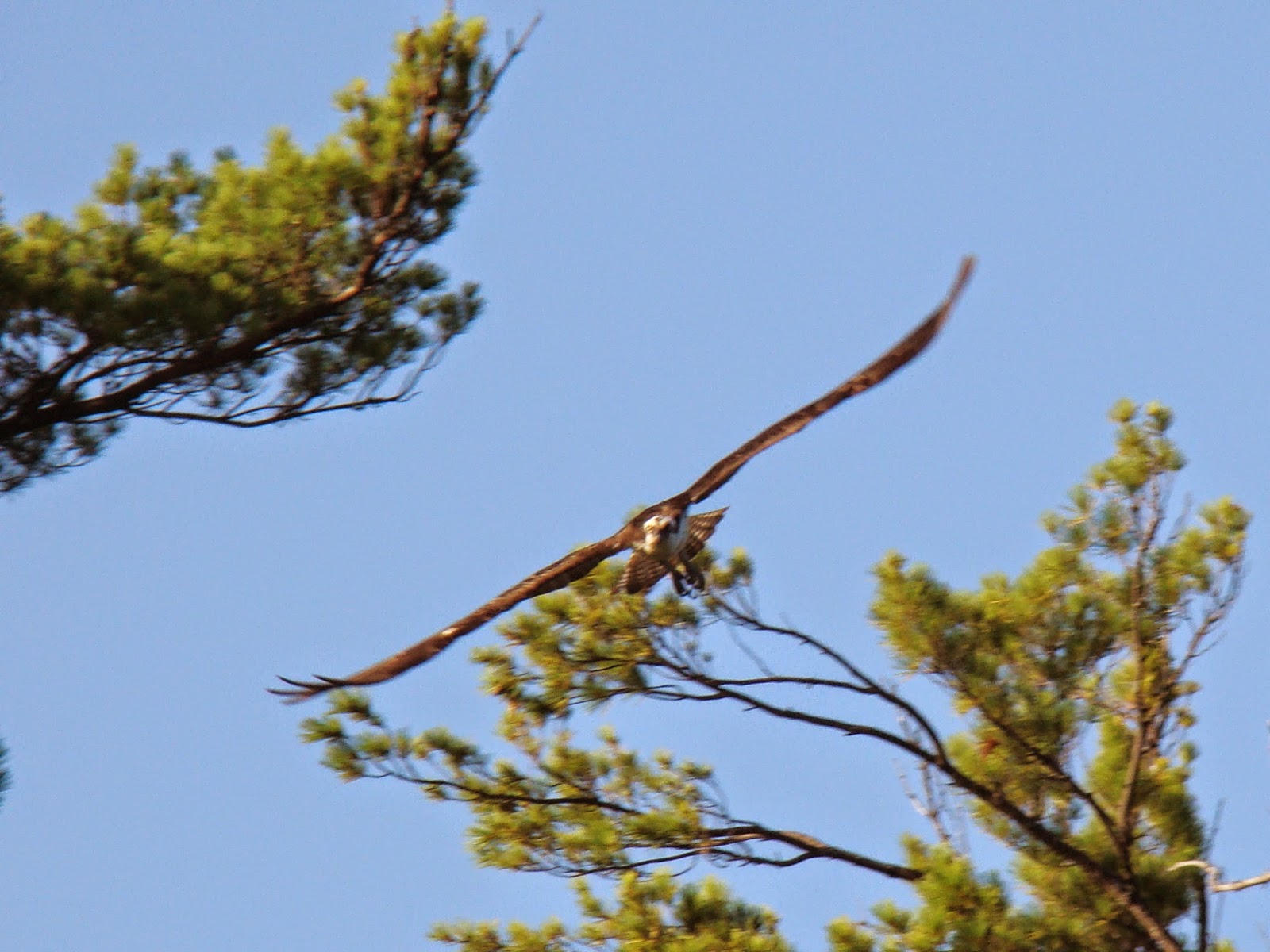 The Osprey fattening up for their long voyage to their winter home in South America is just one more unmistakable hint of coming changes at Lake Wicwas. 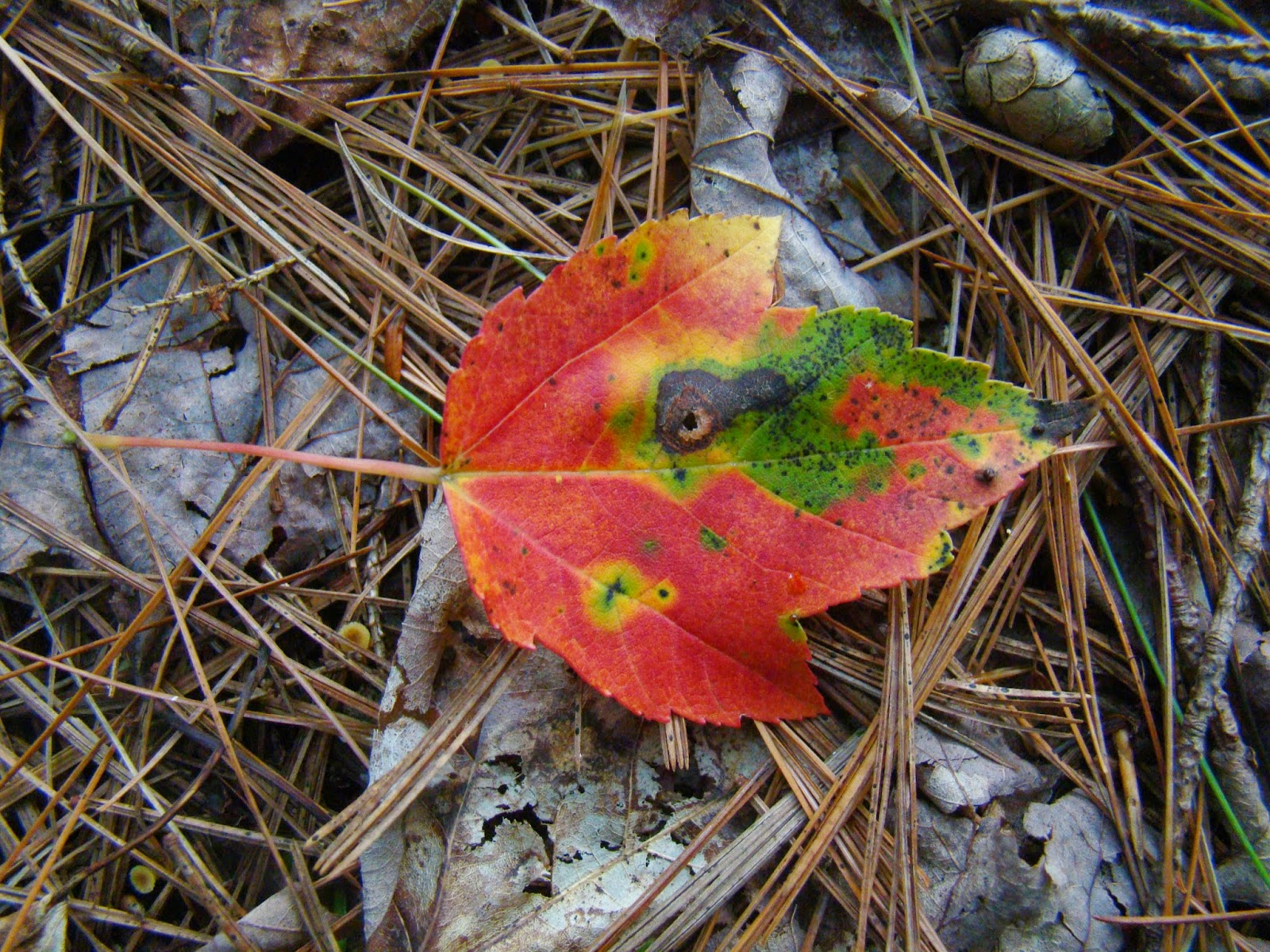