Our son with good eyes spotted an extremely large bird fly into a white pine along the shore line, and after some searching with binoculars we were able to find it, but it was too well hidden behind branches to be able to identify it;  we assumed it was an opsrey, or perhaps an eagle.  But when it took flight across the cove to another pine there was no doubt - this was a Bald Eagle. It perched in the absolute tallest tree along the cove - the cove some call The Emerald Cove, and others call Eagle Cove!  The lighting was difficult, with a bright sky and the sun behind it, but I managed to get a few pictures from pretty far away. 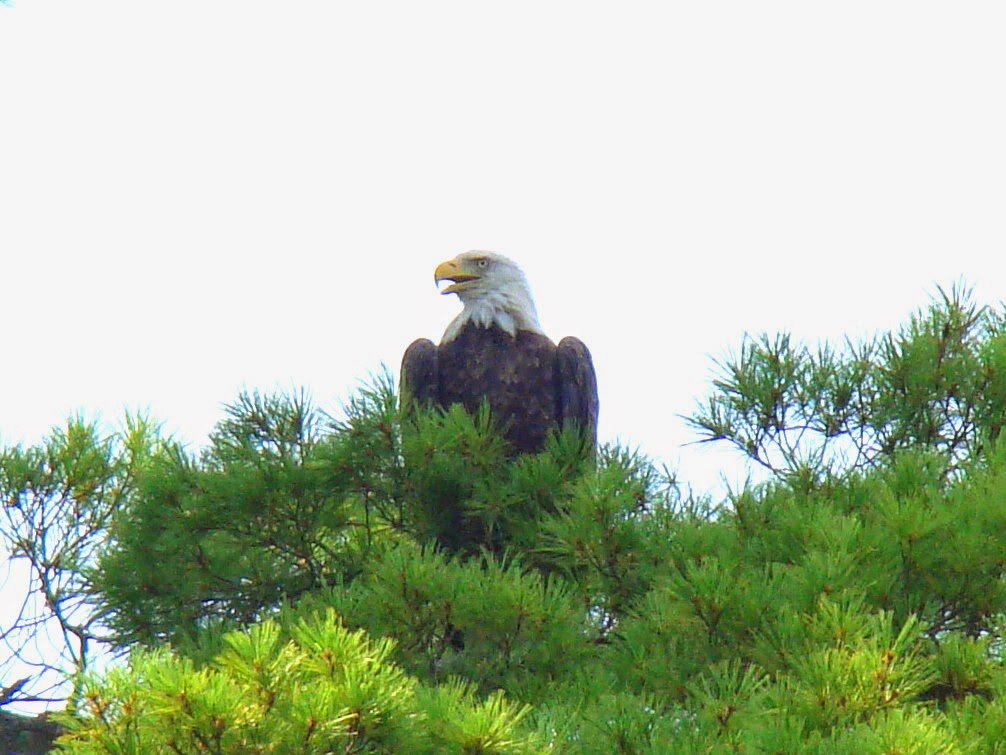 I'm no expert, but this bird seemed to be very large, and perhaps somewhat old, as it appeared a little ragged. 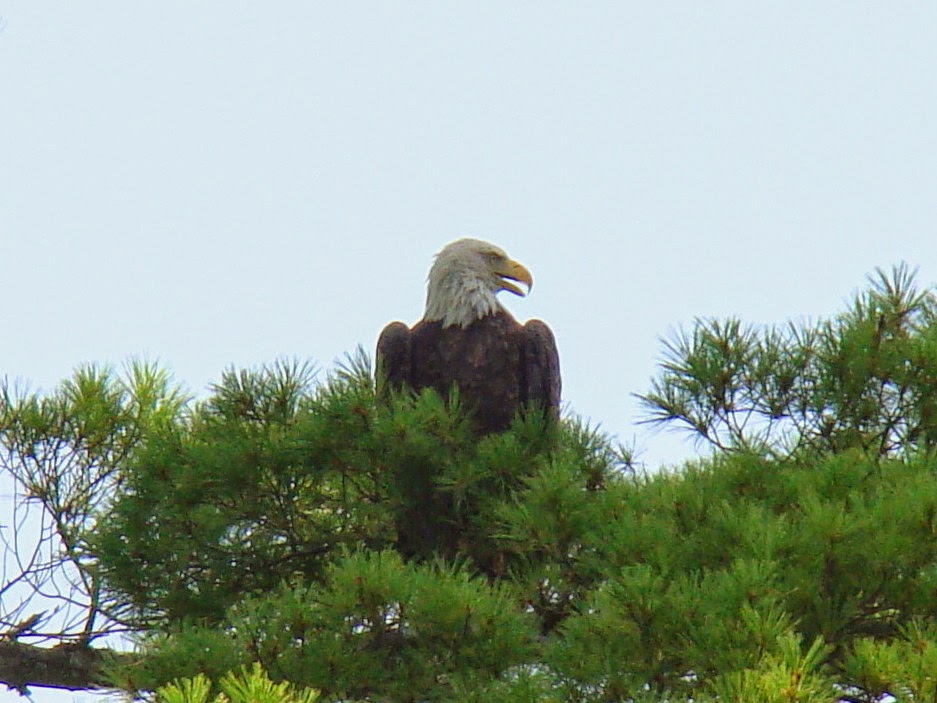 But what an impressive bird! 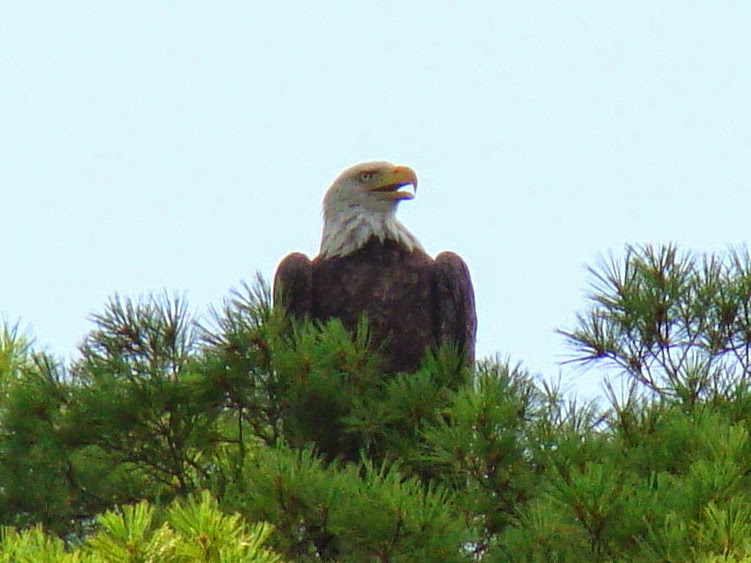 This was the best look I have gotten of an eagle on Lake Wicwas, and it just sat there enjoying its dominion for a long time - enough time to show a few other people where it was.  And there were no loons anywhere to be seen!

There were a couple of other interesting sights around Lake Wicwas, but they pale in comparison to this, and will just have to wait.  I hope you got to see the super moon tonight.  This picture was taken by JB during a moonlight ride on Lake Wicwas on Saturday night after the great Paddle Regatta!