I have seen very little mammal activity around Lake Wicwas this week;  a couple of beavers swimming by at dusk, some signs of deer browsing, and early one morning I heard a deer snorting at me from Sheep Island.  Perhaps they are all hiding away, taking care of young and vulnerable offspring.

But the birds are very active - sometimes too active.  One day, driving home across the dam, we saw a mother duck with five or six of the tiniest ducklings I've seen trying to cross the road from the lake to stream.  Mom scurried them back to the lake and down safely into the tall grass.  We stopped and went back to look, and they had just disappeared!

While we were there we noticed some eye-catching dragon flies flitting around the stream leaving the lake:  they were Ebony Jewelwings. Jet black, with black wings, the male has a bright, iridescent green body that looks like its glowing compared to its black body.  The female's wings, though also black, are somewhat transparent and have white spots near the rear of the wing.


Their segmented bodies are amazingly flexible;  when they mate the female bends its body forward 180 degrees so the male can hold onto it during mating. 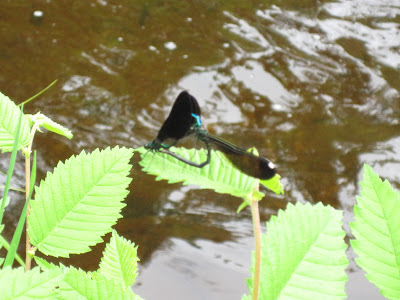 The pictures don't do them justice - they are really quite stunning, and being so numerous you'd have good chance of seeing them if you were too look soon on a warm day.

The Canada Geese are much farther along in their development, with some of the new birds starting to look like immature adults.   We saw this mother and father working to round up their brood to get them moving after a short respite.  First mom and dad whispered their secret plan to each other.

Then they stretched out to surround the gang.

With one parent taking the lead and the other playing sweeper and rounding up the stragglers.

Finally they were all in a row and off to their next dining spot!

We also had a lone make Wood Duck make a visit right to our dock.


It was rather bold, not flying off until we approached to within 20 feet, but it was clearly aware of us and watching every move. 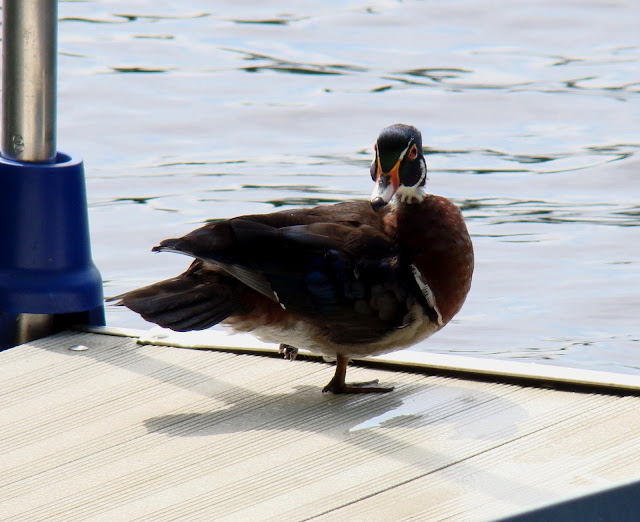 When it did take flight it went just a few yards and just swam along slowly. 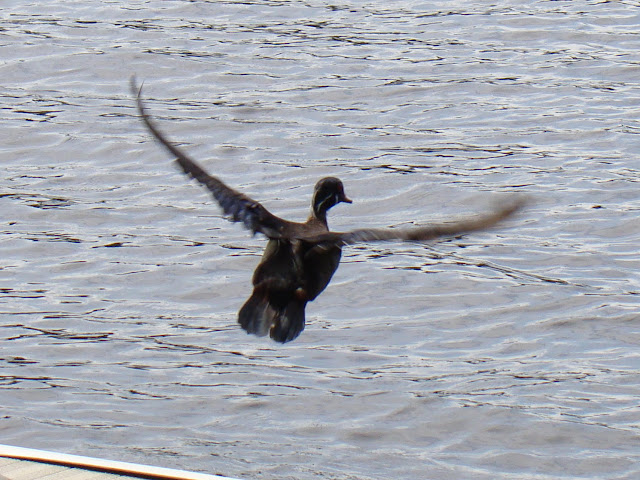 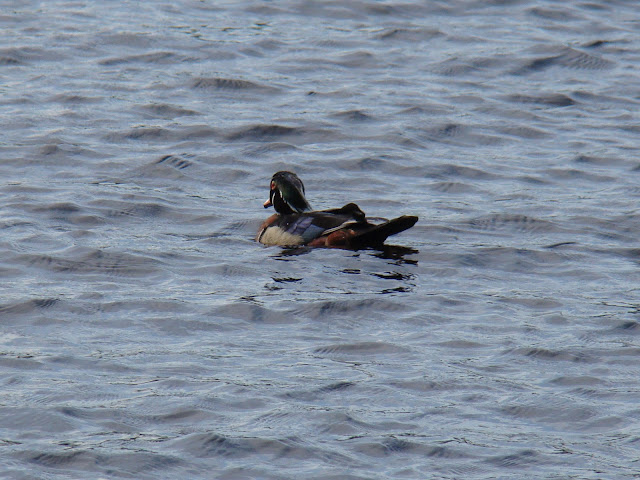 We have had a lot of Grackles around the lake this year.  Though not uncommon, we haven't seen this many for such long periods of time.  They are quite visible with their large size and shiny green head, and also make a loud sharp call that gets one's attention.

The transition to summer is revealed by the summer flowers capturing the lead role from the spring wild flowers in coloring the shores of the lake.  The only spring flower I found this week is the Bunchberry, while the wild daisies are blooming, and the Hawkweed are about to burst out. 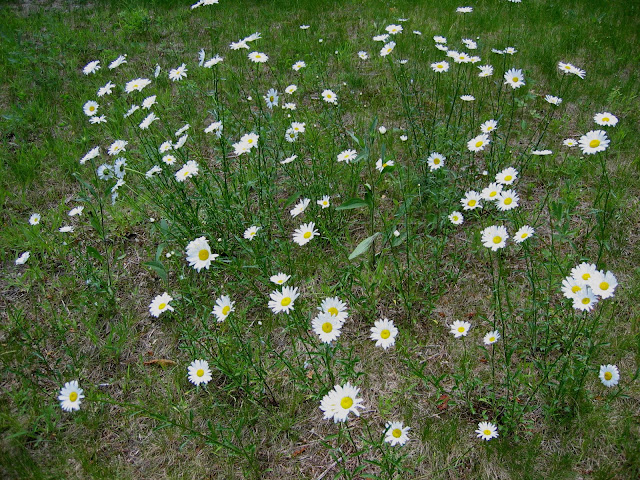 The Lupine are also in full bloom, and so we took a drive up to Sugar Hill to enjoy the fields of Lupine with Cannon and the Lafayette Range in the background during the Lupine Festival.  And of course, the trip required a visit to Polly's Pancake Parlor! 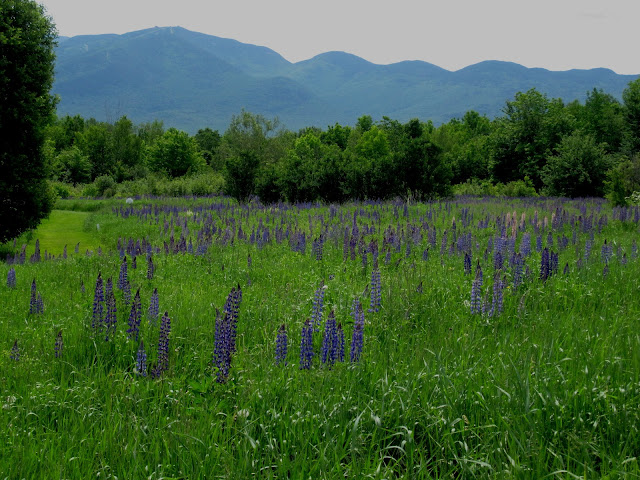 Get ready next weekend for the two-wheeled thunder - let's hope they get a repeat of this weekend's fabulous weather.!
Posted by Scott Powell at 9:57 PM