I was outside one morning this week taking care of a few things before a bit of snow was expected to arrive, when I heard the distressed calling of birds.  Many of our local aviary residents have a variety of calls to communicate with their flock, with the chick-a-dee having the most diverse and complex vocalizations of them all.  From the gentle dee-dee of a warm spring morning, to the harsh tzeee of their warning call, they talk among their flock quite a bit.  Other birds have even learned to use their calls as a warning to escape from a dangerous situation.  Hearing these cautionary signals I took a look around to see if I could find what they had found.  It didn't take too long.

This beautiful barred owl had selected a perch high in a maple that gave it a bird's-eye view of both the front and back yard feeders, and the birds didn't like it.  Neither did the squirrels, none of which were any where to be seen.  I would venture a guess that the rodents didn't even see it fly it, but took note of the birds' warning.  It was interesting to note that the chick-a-dees didn't depart, rather they hung around calling, and even approaching the owl - not mobbing it or directly harassing it, but letting the owl and everyone else know they were aware of its presence.  So Mr. owl just sat there, watching and waiting.

After a time the birds became brave enough to return to the feeders.  It's a good indication that owls don't usually take a bird in flight the way a kestrel might, or birds at all for that manner; owls this large prefer terrestrial targets like mice and squirrels where they can silently swoop down for the kill.  Perhaps you saw in the Laconia Daily Sun this week two pictures that Margaret Higginbotham took of an owl on Chemung Road in Meredith that had caught a gray squirrel right in the road.

Now it's possible it was just opportunistically taking advantage of road kill, but I think that's unlikely since the squirrel looked pretty un-squashed as the owl flew away with it.


I wonder if it's the same bird.  Or maybe its mate, as barred owls mate about now.  The female will lay a clutch of two to four eggs which hatch in March after a four week incubation period.  Once the eggs are laid the male brings food to the female which stays on the nest.  I checked back on our bird a bit later, and it was still there, patiently waiting for its chance to strike.  It would turn its head from side to side on occasion, sometimes looking straight at me, but never appearing overly concerned. 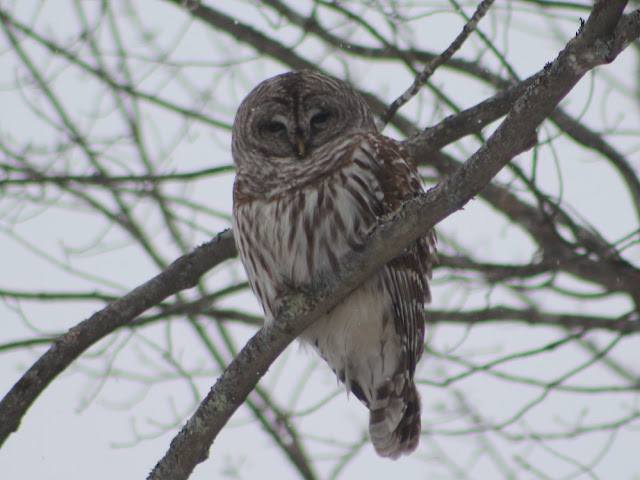 On a gray day, sitting in a tree with bare branches, it blended in nicely with its surroundings - I never would have seen it without the smaller birds' warning. 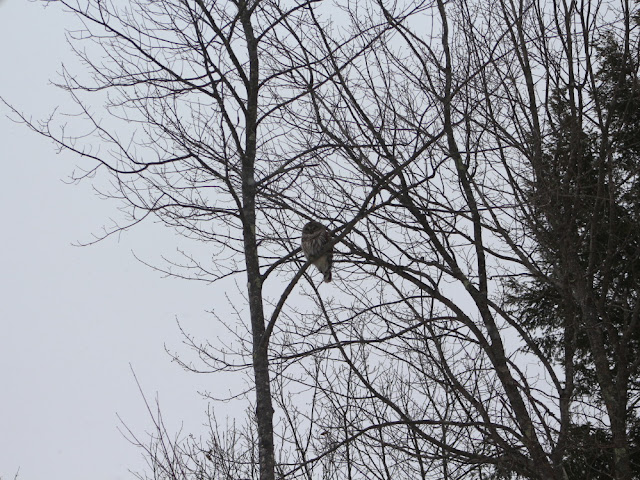 Then the snow came. 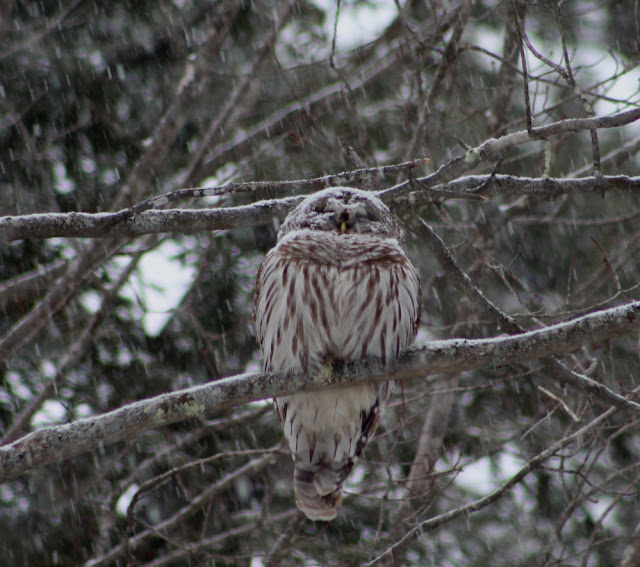 Still the bird sat quietly, letting the snow build up on it, just adding to its disguise. 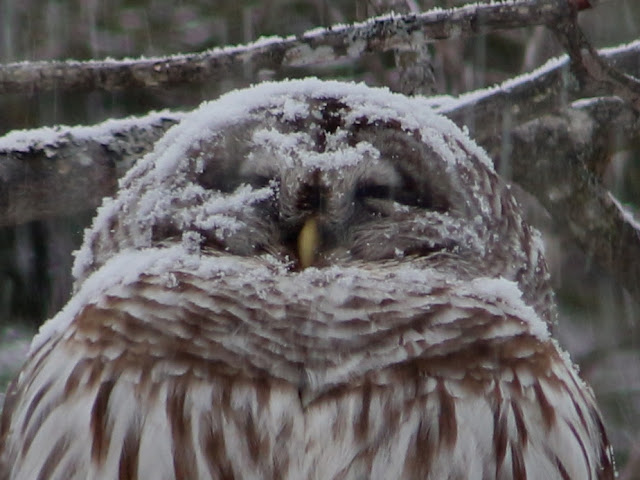 It kept its feet pretty well covered up from the cold, but at one point I caught a glimpse of talons. 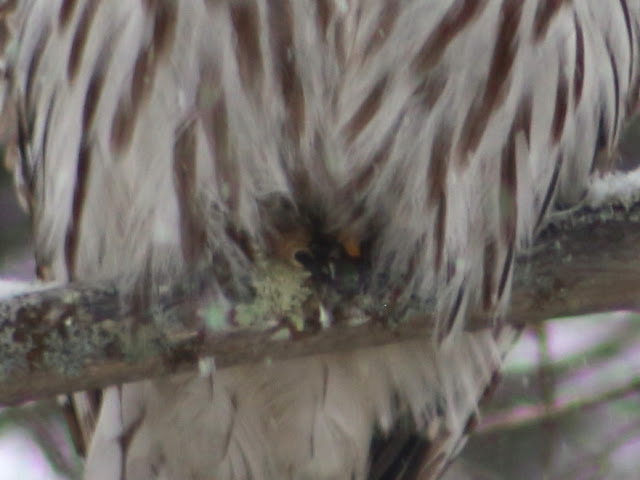 Being nocturnal and at a distance, it's hard to know if it was awake or sleeping (perhaps with one eye open a bit?) but it swiveled its head back and forth on occasion, so it wasn't asleep the whole time.

I saw it a few more times over the course of the day, and it was still there five hours later at last sighting.  But the next time I looked it was gone.  I saw no signs of an attack in the snow, nor any squirrel tracks around, so I don't if know it found a meal and left, or just decided it was time to move on.  But it sure was patient.  Then again, what else does an owl have to do all day? 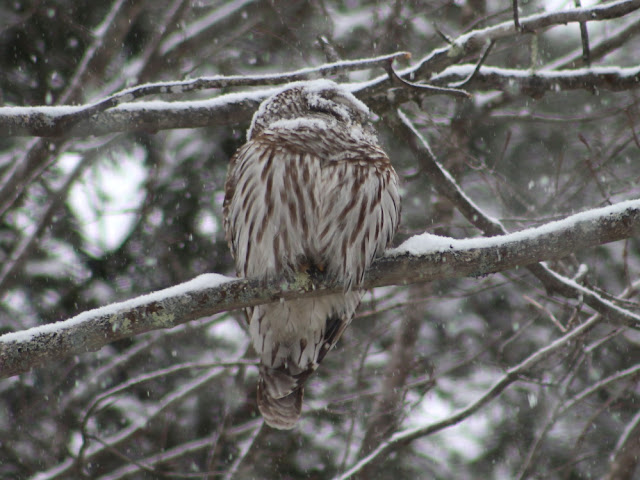