Winter is finally settling in on the Lake, though it is not a particularly snowy one so far - unlike our neighbors to the south who really don't want those two feet of snow that fell over the past couple of days.  We received a few inches of snow early in the week which was followed by five days of strong northwest winds which blew the snow around for days. 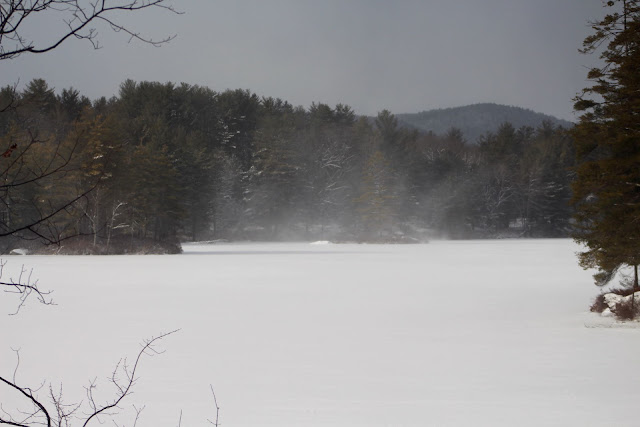 The snow was deep in those places where the trees caught the wind and dropped the snow down into the forest. 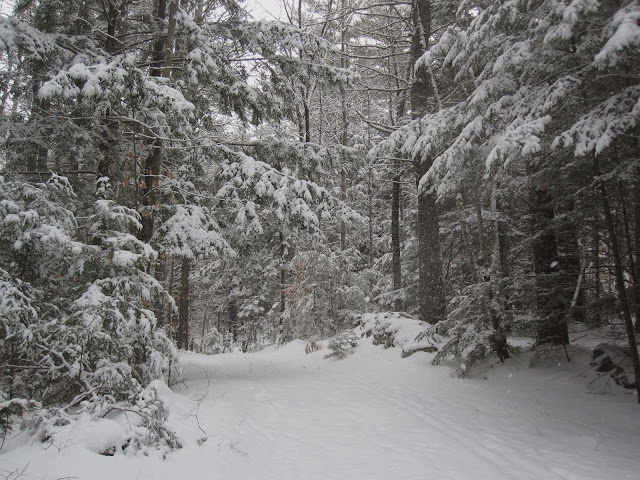 Streams still running fast from the recent rain cleared out any snow that landed with their grasp. 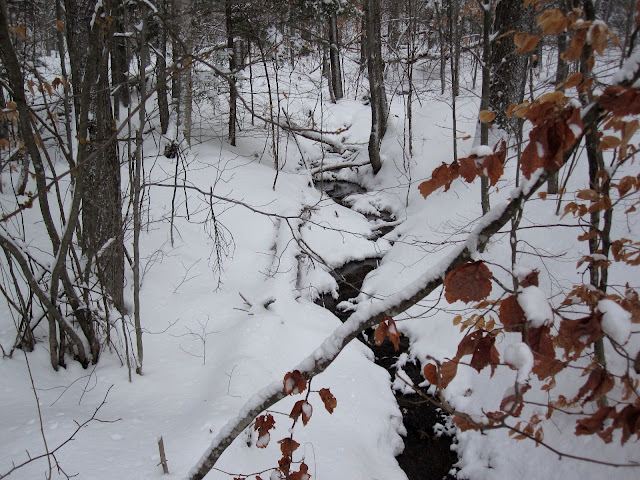 There was enough snow left behind for some skiing on Lake Wicwas but the conditions varied from windblown crust to soft powder to bare ice.
The texture and patterns that the team of wind and snow create are different with every storm, and vary around the lake depending on the contours of the shore. 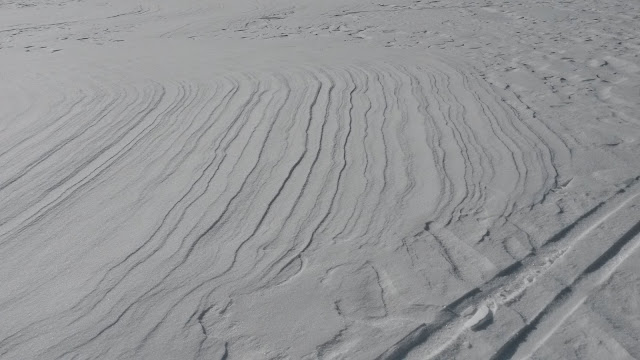 The first bob-house of the season also appeared on the lake this week.

Most winters we have a visit from one of our more interesting local residents, and it is always a treat.


The flying squirrels may be around all year, but I only see them in the winter, and always at night.  They arrive an hour or two after sunset, clinging to bird feeders with their tiny feet, usually on the coldest nights. 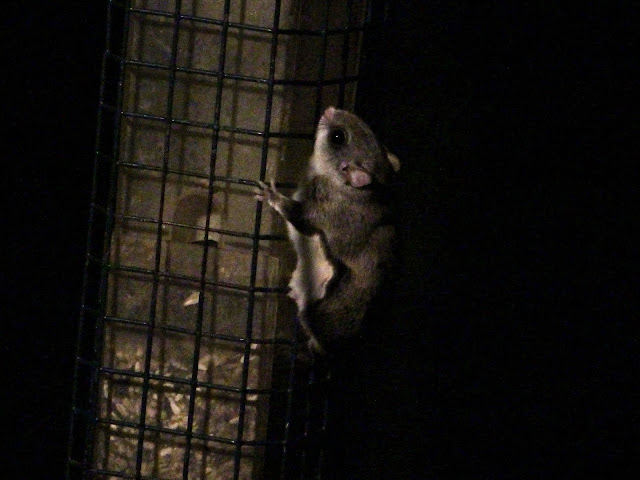 These little guys are very bold - we let them dine for a while, but after we tire of watching them spew copious amounts of seed on the ground, we shoo them away.  And unlike the red or gray squirrels, you have to walk right up to them before they will abandon the feeder - I'm sure it's because they know they can jump off at the last second and glide away to safety.  Their aim is uncanny, always landing right on the trunk of a large tree which they scurry up, disappearing into the darkness.

This one showed off his best acrobatic tricks, climbing up to the highest point to get the optimum trajectory before finally disembarking from the feed trough. 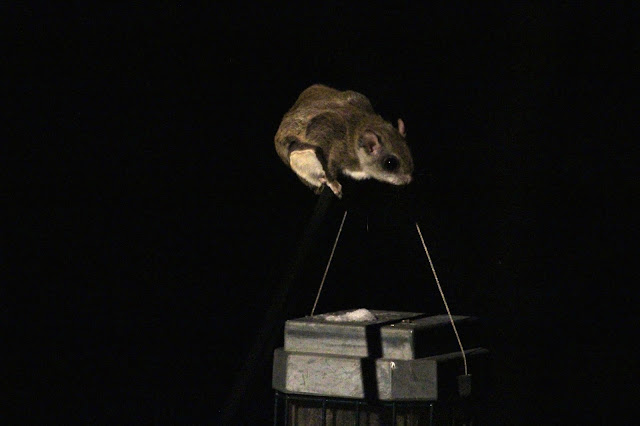 Nature does provide plenty of winter entertainment for those of us easily amused.