Heavy rain on Saturday night eroded more of the ice on Lake Wicwas, but it didn't make as much progress as one would hope because it was so cold.  In fact, the storm started out with a little hail and sleet.  But by today the ice has turned dark along the west shores, and the openings are getting larger. 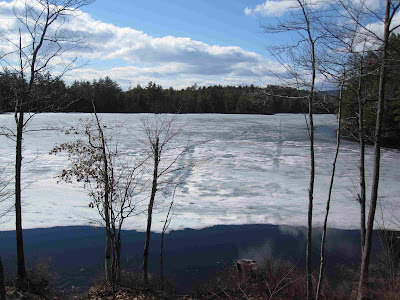 There are large openings at the inlet and outlet, but it looks like several more days before the ice will be out - the current that runs along the north end of the lake that connects them hasn't even opened up yet. 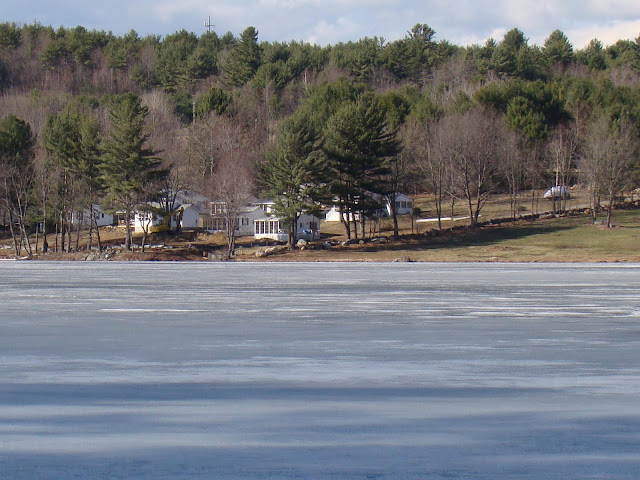 The openings were large enough for two of pairs of Mergansers to share the water today, but just barely. 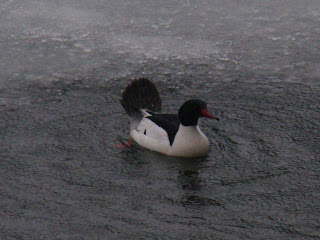 Whenever they passed close together the males kept themselves between the females, raising and fanning their tail feathers in a display of dominance, and occasionally being even a little more aggressive. 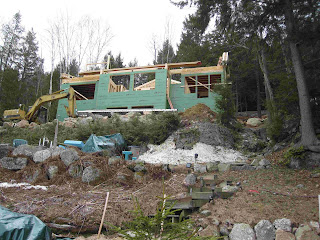 An update on the construction on the south end of the lake:  things are taking shape nicely now - here's a view from the lake.  It is going to be a fabulous house, with incredible views to the north, all the way to the Osceola mountains and the Franconia range. 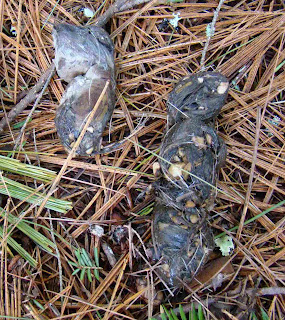 I'm seeing signs of a little more animal life around the lake also.  This evening I saw the first beaver of the year swim by, circling the lake by hugging the edge of the ice.  I also found fresh Fisher scat in the woods, with a combination of seeds and animal fur twisted up together.

But, it does still look a lot like winter on the lake! 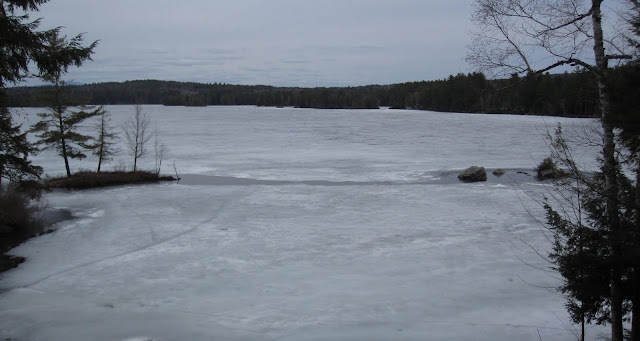